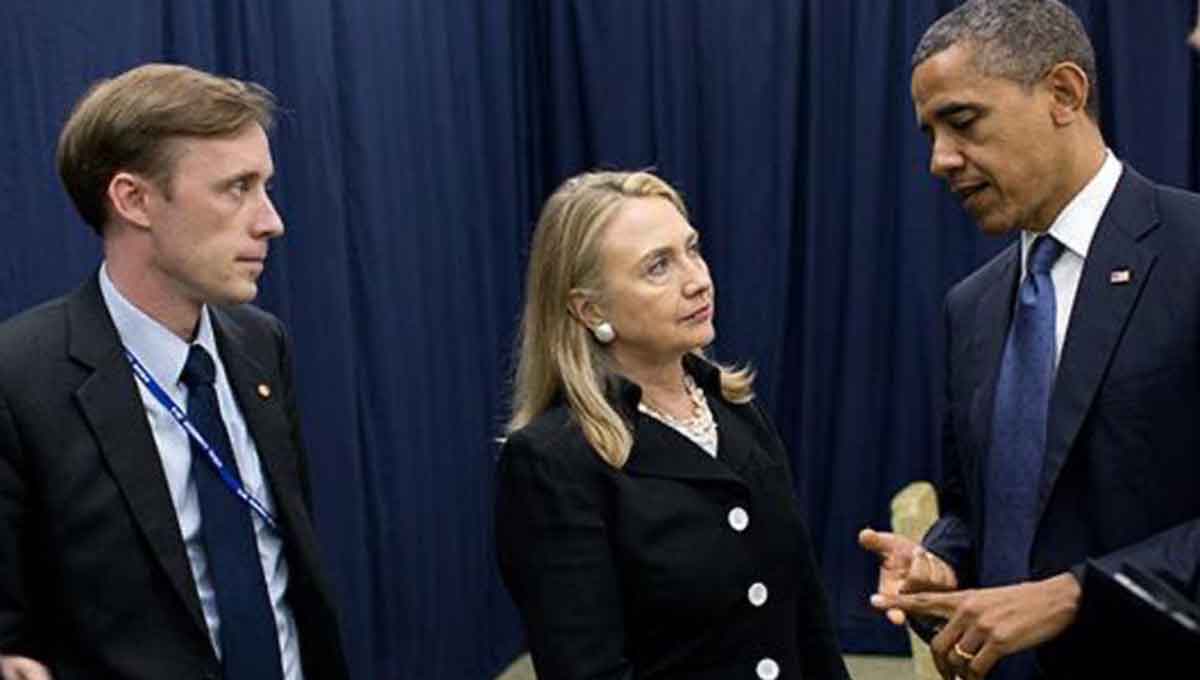 I have written extensively on Obamas’ administration effort to frame Donald Trump and his campaign as Russian agents (see here, here and here). I knew it was a lie when Democrat leaning media broke the news back in 2016. However, I was under the impression that Clinton successfully deceived Obama into launching the ill-fated investigation. This was my assumption until yesterday, when a top-secret and well-hidden memo in the possession of the CIA/FBI was declassify by John Ratcliffe, the Director of National Intelligence, USA.

Excerpt from Brennan memo to Comey, stating Hillary's reason for launching the witch-hoax

The declassified memo revealed Obama was aware of Hillary’s evil plot to falsely accuse Trump of colluding with Russians to interfere in US election. Obama was briefed on Hillay's plot via a classified briefing he received from former CIA Director John Brennan. Here is the interesting part, rather than investigate Clinton and prevent her from carrying out her evil plots, Obama and his intel chiefs decided to investigate Trump and fish for evidence that will buttress Clinton’s evil lies! Typical third world mentality from the first biracial President of the US – (I will not stain the Black race by calling Obama Black – he is biracial. Period)

Interestingly, Paul Sperry's tweet (above) revealed the idea to frame candidate Trump as a Russian agent originated in the evil mind of Jake Sullivan (whose name will forever live in infamy) It was Sullivan who advised Hillary Clinton in 2016 to frame Donald Trump (the Republican presidential candidate) as an agent of Russia. Why? In order to distract Americans from her ongoing email scandal. By the why, Sullivan is a lecturer at Yale Law School, the home of rabid anti-Trump law students.

Thus we have two evil trinities responsible for midwifing the Russian hoax. The first evil trinity are: Sullivan (the mastermind behind the plot), Hillary (who approved the idea) and Obama (who failed to put a stop to the nefarious plan).

Of primary concern is the attempt by John Brennan to keep the memo from Congress. He specifically instructed James Comey and those who will read the memo NOT to transmit the memo using established and secured communication channels. Why? Such channels will leave a digital trail; perhaps, this is the primary reason why DOJ Inspector General (Michael E. Horowitz) could not review the memo while investigating the origins of the Russian hoax.

Excerpt from Brennan memo to Comey, instructing Comey and other readers to keep this memo hidden from Congress?

The saga continues. You can download the declassified report ==== HERE ====

In conclusion, who then is the Russian with fake knowledge of "Putin's effort to interfere in US elections"? The guy whom the CIA imported or extracted from Russia? The fake source of all their fake information? Is he still in the USA?