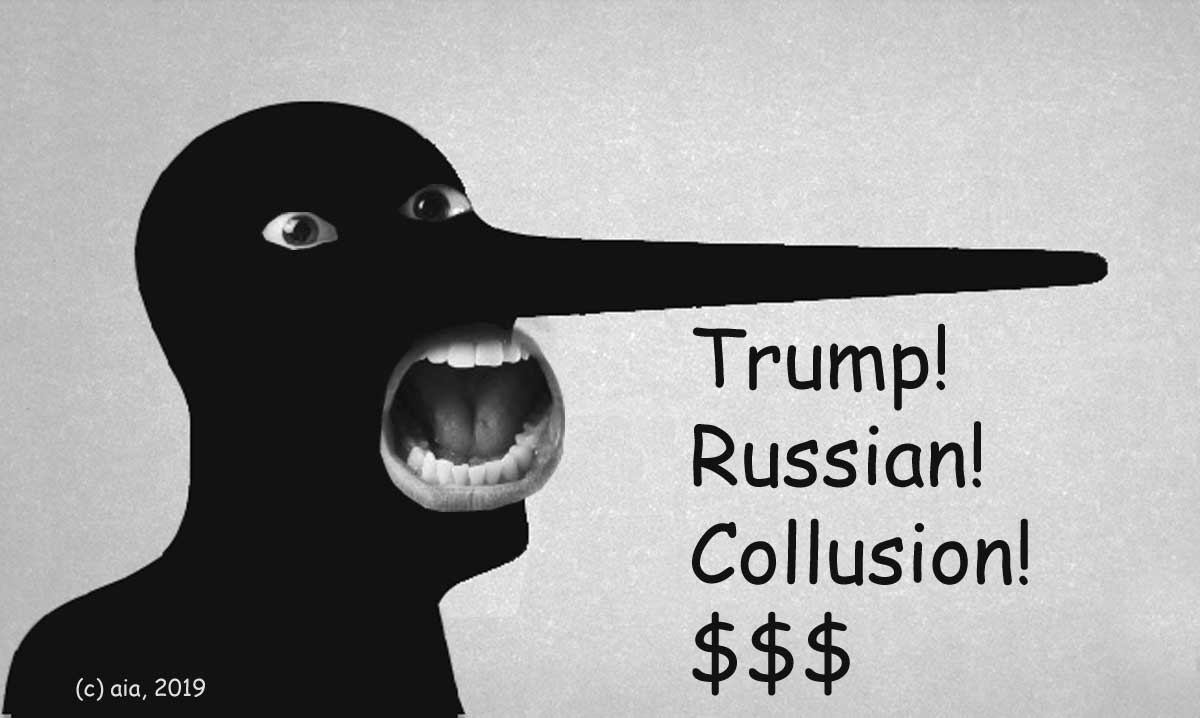 For two hysterical years, CNN commenced what I call “Operation Destroy Trump and His Supporters”, they sought for and obtained a news hook (via Comey) in order to report on the discredited dossier. They staked their entire career on advancing a fake narrative about Trump, Republicans and Russians; of course they grew rich doing this.

For two abnormal years, ABC botched report after report about the fake Trump collusion with Russians. Their most frenzy and fake report by Brian Ross led the US stock market (Dow) to crash by 350 points! Whereas ABC profited from their lies.

For two infamous years, The Hill published fake Russian collusion reports as news, while reports that contradicted their fake news were filed as Opinions, with the following infamous tag: “The views expressed by contributors are their own and not the view of The Hill”

For two frenzied years, AP, BBC, The Week, The Guardian, Reuters seemingly colluded to fan the fake narratives on collusion all over the world. They willingly dropped objectivity in order to maximize clicks and advertisement dollars.

For two dangerous years, an obscure politician (Adam Schiff) attained notoriety by recklessly fanning fake Russian narratives through lying and selective leaking to the press. He profited from his lies, he became the Chairman of the Select Committee on Intelligence. Schiff was rewarded for his disinformation machination.

For two terrifying years, Hillary Clinton peddled a fake narrative about “What Happened” during the election. Her documented assertion concerning fake Russian collusion made her rich, but they were all lies.

For two clueless years, Hollywood demeaned and insulted the President and claimed without evidence that he stole the election from their idol (Hillary Clinton). Collective hatred of Trump united Hollywood and steamrolled the agitation of talented black actors for Oscar honors. Interestingly, donors are constantly flooding activists Hollywood denizens with financial support.

Democrats, their slavish media, corrupt DOJ/FBI officials and their Hollywood enablers lied and were rewarded and/or promoted; while ordinary Americans, a decorated General, innocent campaign aides (etc) lost their peace, were separated from their loved ones, lost their sources of livelihood, lost their freedom, saw a drop in their stock market investments etc – all because of an elaborate lie.

In conclusion, since Satan is the father of lies, I strongly believe Satan is a democrat, period.