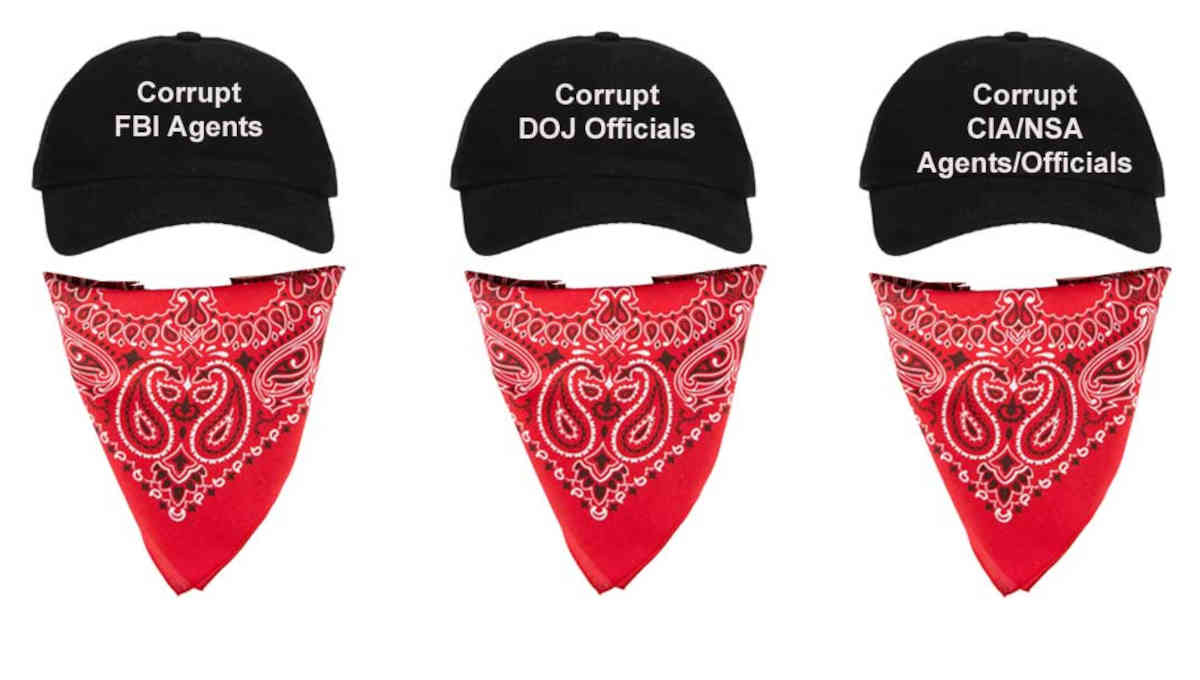 The “coup” to make Joe Biden the nominee (according to a now deleted tweet by fellow Democrat Marianne Williamson) may succeed, nonetheless, Joe Biden will not win the general election.

Why? Obama passed over Biden in 2016 for Hillary while Biden was at the peak of his career. Therefore, why is Obama suddenly interested in ensuring Biden wins the nomination? Short answer John Durham.

Obama and his henchmen are becoming desperate. John Durham is likely uncovering Obama’s stinky linens. The soiled linens which he corruptly spread over every stratum of American politics and law enforcement (both foreign and homeland).

Thus Obama and his fellow law breakers are secretly and publicly working overtime to push the narratives that their actions were legal, and driven by a desire to uncover the truth. However, their gruel is so thin and lean that no sensible lawman will accept a tiny taste of their corruption. With the noose likely tightening around their necks, they decided on a last ditch effort to make their case, using bumbling Biden as a prop.

Why Biden? Because Biden is currently under investigations in Ukraine for his alleged link to Shokin’s 2016 ouster as the top prosecutor in charge of investigating corruption in Burisma (where Biden’s son was busy collecting $83,000 per month as a Burisma board member), and over his alleged involvement in the assassination attempt on Shokin via lead poisoning.

Observe, these Ukrainian investigations presents Obama and his henchmen with the perfect excuse to escape punishment for their wrongheaded and likely precedence shattering surveillance of Nominee and President Trump, how? Obama and his henchmen will simply point to the ongoing probes into Biden (using a twisted interpretation of Trump’s perfect call with the President of Ukraine) and declare with a straight face that it is normal for a President to investigate likely crimes (without evidence of wrongdoing) no matter the individual under investigation. Case closed. Biden loses the general election and Obama, Comey, Brennan, Clapper, Lorretta, Sally, Hillary, and other corrupt DOJ/FBI officials walk free.

There is zero doubt that Obama’s holdovers in the DOJ/FBI/CIA/NSA are working overtime to uncover and leak any coordination between the DOJ and Ukraine over these probes, especially after Holder issued his dog whistle, asking these holdovers not to resign but to resist from within the government.

I believe Mr Barr is a wise man. I believe he knows what to do, and I believe the President will take his advice. Fact is Obama and his henchmen MUST NOT go scot-free, there ought to be proper punishments and jail time for illegal surveillance of an opposition candidate, especially if these investigators took steps to destroy/falsify evidence or to cover up their tracks.

One more thing, Durham and Barr should steel themselves against fake sob stories and sobbing Democrats. Seriously, Democrats love to threaten, intimidate then break down sobbing, all in a bid to escape justice. To be forewarned is to be forearmed.