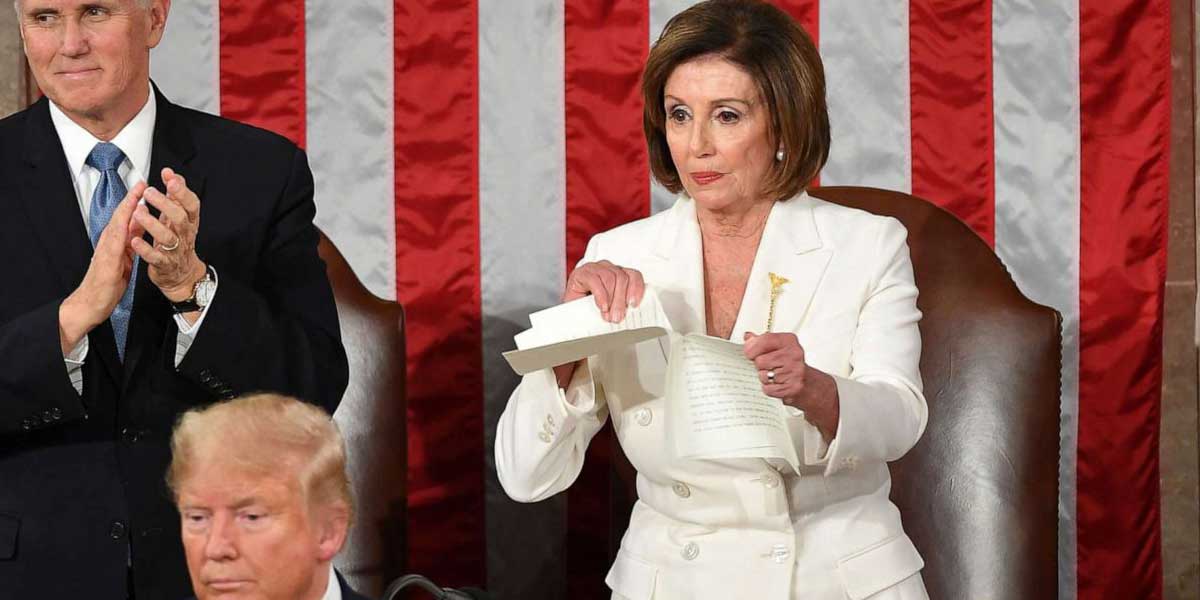 Nancy Pelosi is a serial liar.

She denied knowing Jonathan Gruber, after the architect of Obamacare “grubered” voters and called them stupid for not knowing they were grubered by Obama, himself and other Obama’s henchmen concerning Obamacare. Interestingly, he equally hailed Obama’s administration lack of transparency regarding Obamacare taxes in a leaked video. Unsurprisingly, liberal leaning Politico was forced to rate her claim of not knowing Jonathan Gruber as false, that was way back in 2014.

Another often repeated lie by Pelosi is the pleasant sounding but deeply hollow claim that she is praying for President Trump. She repeated her fibs here, here, and here on different occasions. How do I know it is a lie? Fact is, it is impossible to hate someone whom you are praying for, except you are cursing him/her every day from Sunday through Saturday. Thus Pelosi publicly demonstrated her unabated hatred and prayerlessness for President Trump by maliciously ripping his speech with cameras capturing every malicious moment. No wonder Christ said in Matthew 7:16 that “Ye shall know them by their fruits. Do men gather grapes of thorns, or figs of thistles?” – in a nutshell, Nancy failed to walk her talk, because her talk is cheap and meaningless, meant for clueless journalists and pundits.

Finally, Pelosi and MSM journalists often lie that Trump is wrecking America. However, Pelosi has spent 33 years in government and has voted for policies that moved American jobs to China, Mexico and other nations. Yet Trump has spent the past 3 year bringing these jobs back, he is undoing what Pelosi permitted during her 33 years on taxpayer’s dime.

Unfortunately, her nasty, petty and childish tantrums are given impetus by conniving MSM such as WaPo, NYT, CNN, NBC, MSNBC, NPR etc. Their refusal to sternly rebuke her for belittling the Presidency made them complicit in the great pollution of political discourse in US. Indeed, history will look down on Pelosi and journos of this generation with contempt and disdain.

In conclusion, Pelosi is old and unstable, voters should mercifully send her home, to her feces and drug infested district come November.