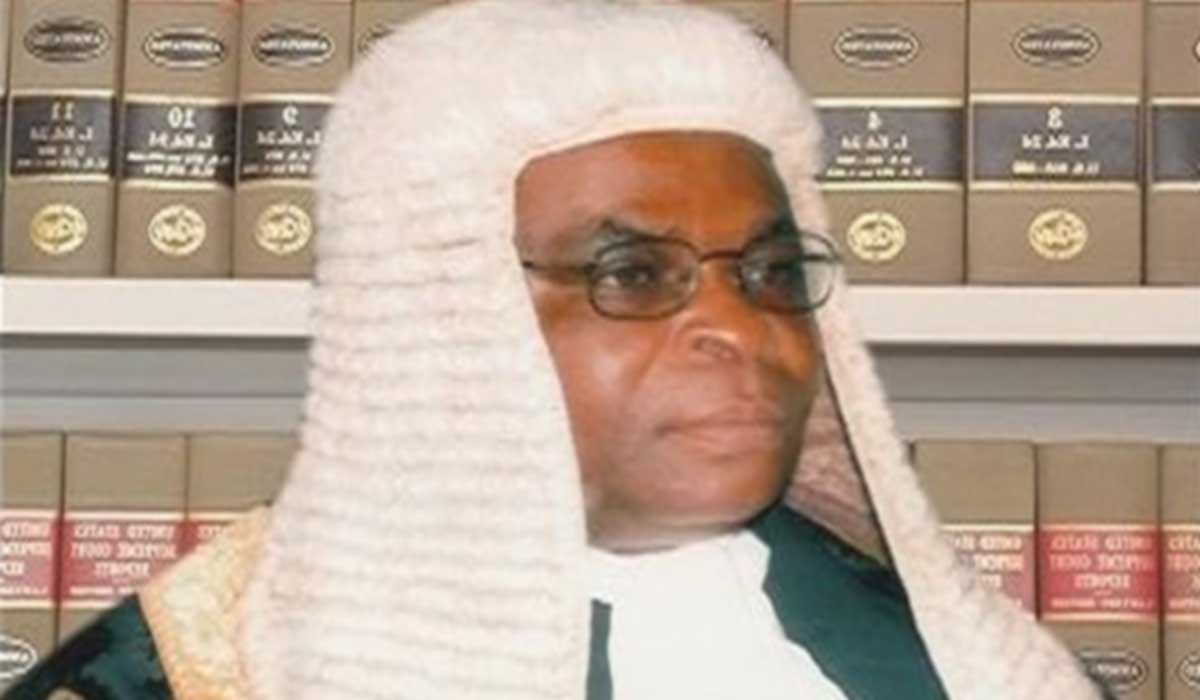 The constitution made it clear that Buhari does not have the right to remove the CJN, just like Buhari cannot remove Saraki (Senate President) and Yakubu Dogara (Speaker of the House). Why? Because both the legislative and judicial arms of government are equal to the executive arm. Hence the smoke and mirrors being thrown by APC is nothing but a sad attempt at distracting the nation from their bid to rig the forth coming election (see Trade-Moni now Trade Your Vote Moni).

Observe, a WhatsApp message, purportedly from one Daleehat Suleiman Bente DSB claimed that ”Onnonghen (SIC) promised PDP that he will constitute Tribunal Judges that will be favourable to PDP where (SIC) he will stand for them in the Apex Court and will grant them dubious victory in the Supreme Court afterwards. The Money we heard was paid by SARAKI's aides on three different instalment and in dollars. The date which the money was Paid was transmitted to the Presidency by top security personals..”

We rate the claim above as FALSE and MISINFORMATION, the name Daleehat Suleiman Bente DSB is obviously an alias, as a careful search of the Internet drew blanks (and for good reasons). If Daleehat included his real name, he or she would have faced litigation for libel and the possibility of going to jail. Why?

Observe, the Presidency claimed Onnoghen removal has nothing to do with the election but everything to do with his undeclared foreign bank accounts, and the purported monies found in the accounts, while Daleehat claimed the opposite. However, In a sane society, if the Presidency’s concerns are genuine, the CJN will simply be required to fill a new asset declaration form and the old one will be withdrawn.

However, Nigeria ceased to be a sane country when Buhari assumed leadership of the nation. He cries wolf when those he hates forget to declare some assets, while he attempt to cover up when his henchmen do the same. Observe, Buhari Chief of Army Staff is still serving under Buhari, even with the exposure of this undeclared properties in Dubai!

Buhari’s policies has made it almost impossible to conduct foreign transactions. Four years ago, I could pay in USD for hosting service, purchase domain names, e-books, and applications using my Naira debit card. Unfortunately, all these basic services ceased under Buhari, I had to look around for any Nigerian with a Dollar or Pound sterling account and pay them in Naira the amount I want them to spend on my behalf in Dollars or Pound Sterling. Else my business would have folded eons ago. I believe other Nigerians were in my shoes, and those who knew Onnoghen likely used his account to pay for services which Buhari’s policies made impossible – just because Buhari want every Nigerian to purchase Dollars from Bureau de Change, which incidentally are MOSTLY owned by his kinsmen.

Final Verdict: President Buhari removed Onnoghen because he and his henchmen were bent on rigging the 2019 election (see Trade-Moni now Trade Your Vote Moni). They felt Onnoghen was a threat to their nefarious plans and decided to remove and replace him with a FORMER SHARIA judge – who will rubber stamp their illegalities. This is a slap on our sensibilities, let’s not forget that this was how Venezuela commenced her march to destabilization under Chavez. We must resist NOW, else we or our kids will become refugees, just imagine millions of Nigerians braving the Sahara, flooding EU, UK and US as refugees, because we failed to act!