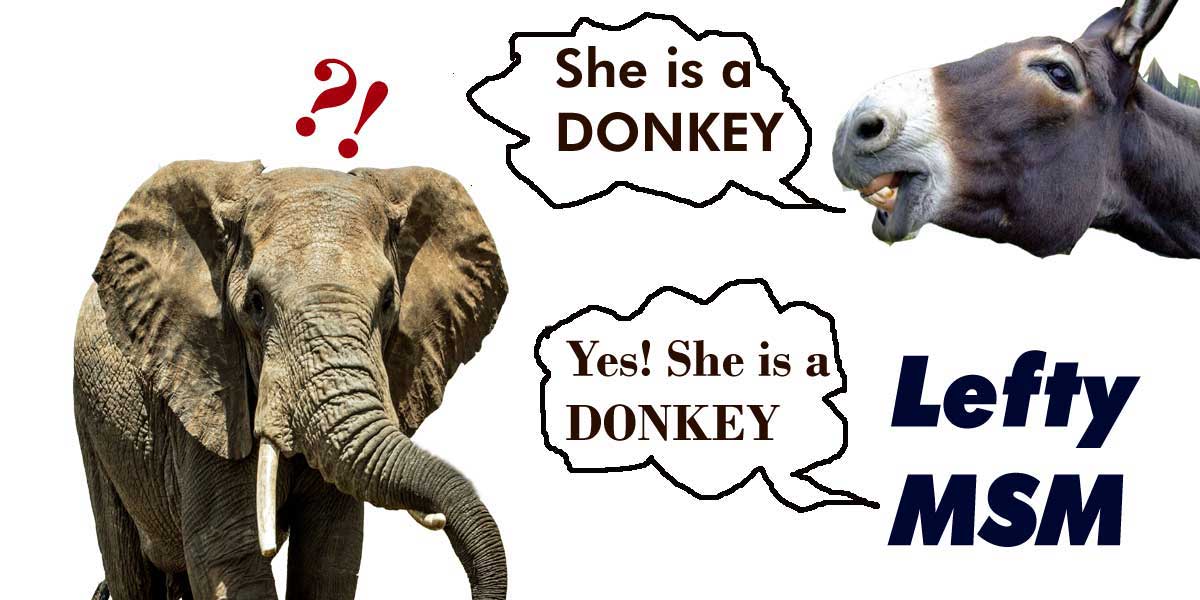 Under Obama, Russians took over a sensitive uranium mining company in the US, while paying millions to the Clinton Foundation and hundreds of thousands to Bill Clinton while Hillary was Secretary of State. Yet MSM talking heads and pundits refused to call them “Russian Agents”.

Obama whispered the following message meant for Putin to Russian President Dmitry Medvedev "… after my election I have more flexibility." Medvedev replied that he would "transmit this information to Vladimir" - shortly afterwards, Russia invaded Ukraine, and Obama refused to provide lethal weapons to aid Ukraine, a supposed bulwark against Russia. Pause for a minute and think about it, was Obama doing Russia a favor? It seems so, yet MSM talking heads and pundits largely excused Obama and refused to label him a “useful Russian idiot”.

Former Vice President Joe Biden threatened to withhold a billion dollars’ loan guarantee to Ukraine (a purported bulwark against Russian influence). Why? Because he wanted the president of Ukraine to sack the national prosecutor, who was investigating Burisma, a corrupt oil and gas company that employed Biden’s son as a “non-expert” board member. Biden bragged about forcing out Viktor Shokin here. Meanwhile, the news of Hunter's employment by Burisma was widely reported here, here, here, here and this broken AP news link removed by NYT. MSM seems to be interested in helping Biden’s campaign in particular and House Democrats in general against Trump and Republicans. They conveniently failed to comprehend they are colluding with Democrats by attempting to sway Americans with tainted news.

Seriously, nothing turns off a sane mind than a pompous MSM working on behalf of their Democratic handlers against Trump and Republicans. Yet they expect sane folks to believe and respect them. Pathetic.